State of the Nation’s Housing 2017 [Infographic] Harvard’s Joint Center for Housing Studies released an extensive report on the state of the nation’s housing in 2017. We put the most salient of data points into an infographic for easy digesting and sharing.

The skinny: Ten years after The Great Recession, the national housing market is almost back to normal — prices are up near previous levels, along with housing demand and construction volumes, while homeowners in distress continues to fall. Things aren’t all rosy, though. Tight supply means affordability concerns for some. What does that tell us? Construction levels need to continue to increase to keep up with demand. Despite increases in construction, supply is tight. Poverty is increasing, particularly outside of dense urban areas. Affordability and accessibility are significant concerns. 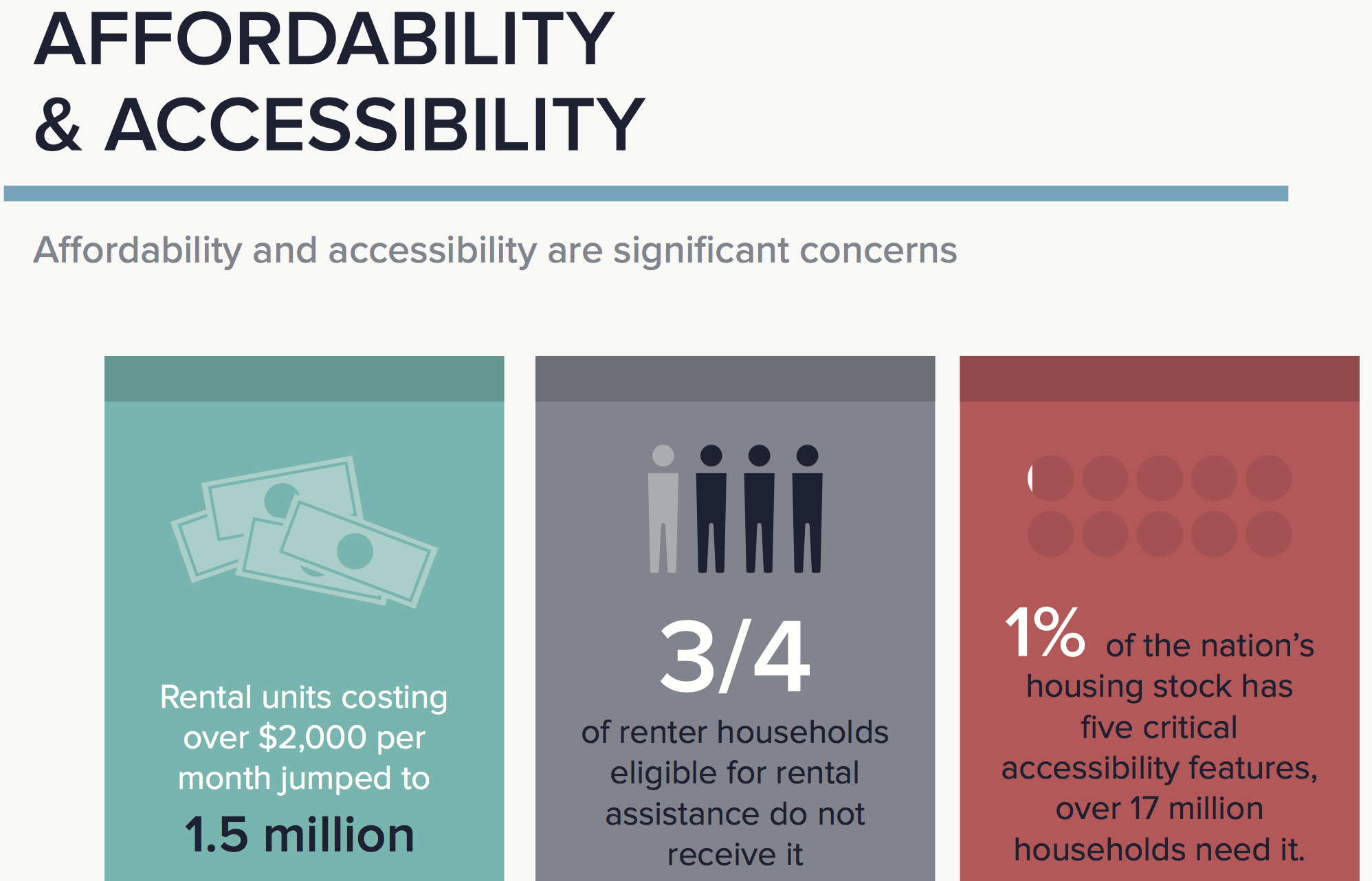